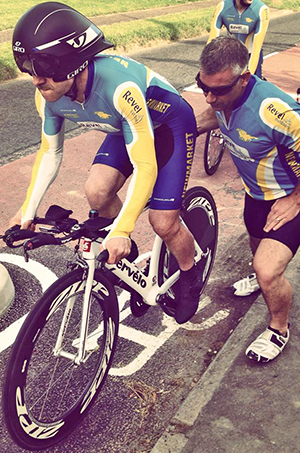 Our weekly affiliated time-trials run every Wednesday evening from 5th April until 30th August, with a timed hill climb on Sunday 10th September at 10:30am. You can view to full NCTC TT calendar here

All riders must wear an approved hard shell helmet conforming to a recognised standard. Bikes must be fitted with a working LED rear light, either flashing or constant, and secured in a position clearly visible to following road users and should be active while your machine is in use.

Be EXTRA safe, get some RoadID – A great range of wrist and ankle bands and tags that you can personalise with important emergency information. Ideal for cyclists and triathletes.

Entry fees are £2 to members (unless you paid upfront when joining the club) and £3 for non-members. Registration is limited to the first 40 riders on the night.

We operate a strict NO HELMET, NO LIGHT = NO RIDE policy – you have been warned!

Click on the dates below to see the latest time-trial results and to view your overall 2016 position in the Club TT league table. To find out how the TT league works click here.